Eurasia Foundation to receive grant from the Aspen Institute Stevens Initiative to conduct virtual exchange between youth in the Middle East and the U.S. 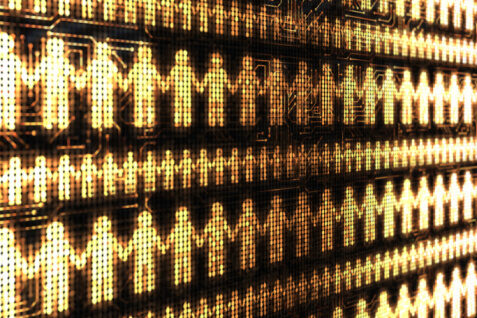 April 5, 2016 — The Aspen Institute Stevens Initiative today announced the award of a twenty-two-month grant to Eurasia Foundation (EF), one of 10 new projects funded  through a national competition to use virtual exchange to increase cross-cultural understanding and equip young people to participate in a global economy.

Eurasia Foundation is among the first wave of virtual exchange programs to be funded by the Stevens Initiative, a public-private partnership designed to increase people-to-people exchange between youth in the United States and the Middle East and North Africa as a lasting tribute to the legacy of Ambassador Chris Stevens.

Virtual exchanges use technology for sustained, people-to-people education programs. The Initiative aims to increase mutual understanding between youth in middle school through post-secondary and equip a generation of globally minded youth with the skills they need to succeed in an increasingly interdependent world.

The announcement marks the first major step in the Stevens Initiative’s plan to scale up people-to-people exchanges between youth in the United States and the Middle East and North Africa. The Initiative provided $5 million to support online programs that will bring more than 20,000 young people together to engage in cross-cultural learning experiences. The programs reach 17 countries in the Middle East and North Africa and 25 American states.

Under the Stevens Initiative, Eurasia Foundation will design and pilot an innovative digital game to facilitate cross-cultural exchange. The game will bring together young people from the Middle East and the United States to learn about one another and collaborate to solve educational puzzles oriented around shared interests in an entertaining way.  Eurasia Foundation will partner with Skyless Game Studios and Americans for Informed Democracy.

Other examples of the work to be undertaken include:

Most programs will launch in Spring 2016 and continue for a period of two years.

“This is the beginning of a global classroom. Eurasia Foundation will be a pioneer in an exciting and dynamic field,” said Elliot Gerson, Executive Vice President of the Aspen Institute. “Our vision is to spark conversations between young people in countries around the world—to exchange ideas and information and to work together on addressing important issues. We look forward to working with Eurasia Foundation to achieve this vision.”

The first Stevens Initiative award competition was open to U.S. non-profit organizations. In addition to holding future rounds of the award competition, the Initiative will share best practices and support research to address which methods have a measurable impact and have the potential to reach all young people as the field grows.

The other Stevens Initiative grantees announced today are:

For more than 20 years, Eurasia Foundation has supported the development of vibrant civil society organizations and utilized cutting-edge online tools to cultivate the next generation of leaders across the Middle East and Eurasia. Through its innovative online training programs on youth leadership, civic education and entrepreneurship, EF has created active virtual networks that engage thousands of community leaders, educators, and entrepreneurs in the Middle East.

“Eurasia Foundation is honored to be part of the Christopher Stevens Initiative,” said Horton Beebe-Center, President of Eurasia Foundation. “Connecting young people from the Middle East and the United States through the creative application of communications technology is a fitting tribute to Ambassador Stevens, who dedicated his life to bringing together people from different cultures.  Eurasia Foundation’s educational online game will foster teamwork among young people from different nations as they learn about each other and their respective countries — building friendships and knowledge that can change their lives.”

Through this project, EF will partner with AMP Global Youth – a project of Americans for Informed Democracy – which seeks to amplify the stories, voices and power of global youth. Founded in 2002, AMP Global Youth has engaged over 100,000 students across the United States through innovative, youth-run programs focusing on global issues, global citizenship, interfaith understanding and inspiring social change.

EF will also partner with Skyless Game Studios. Skyless launched in 2012 with the goal of creating video games with the power to address complex social issues.  Since then, Skyless has partnered with a variety of local and international groups to create innovative digital games that address issues ranging from healthcare to corruption.  Targeting different audiences, from disabled children in India to teenagers with autism in the United States, Skyless’ games focus on enhancing empathy and teamwork skills such as problem solving, decision making, and active listening.

“In today’s increasingly connected world, engaging young people can be a real challenge for educational and social causes. This is why we leverage the power of entertaining digital games to promote youth engagement and address complex social issues.” said Chris Bennett, Co-Founder and CEO of Eurasia Foundation’s game development partner, Skyless Game Studios.

The Stevens Initiative is a public-private partnership designed to increase people-to-people exchange between youth in the United States and the Middle East and North Africa as a lasting tribute to the legacy of Ambassador Chris Stevens. By fostering structured online engagements between young people in secondary through post-secondary education, the Stevens Initiative aims to increase mutual understanding and equip a generation of globally minded youth with the skills they need to succeed in the 21st century.

Housed at the Aspen Institute, the Stevens Institute is a collaboration between the family of Ambassador J. Christopher Stevens, the U.S. Department of State, the Bezos Family Foundation, the MacArthur Foundation, the governments of the United Arab Emirates, Qatar, Algeria, and Morocco, and Microsoft, Twitter, Mozilla, and GoPro.  Visit us at www.stevensinitiative.org.