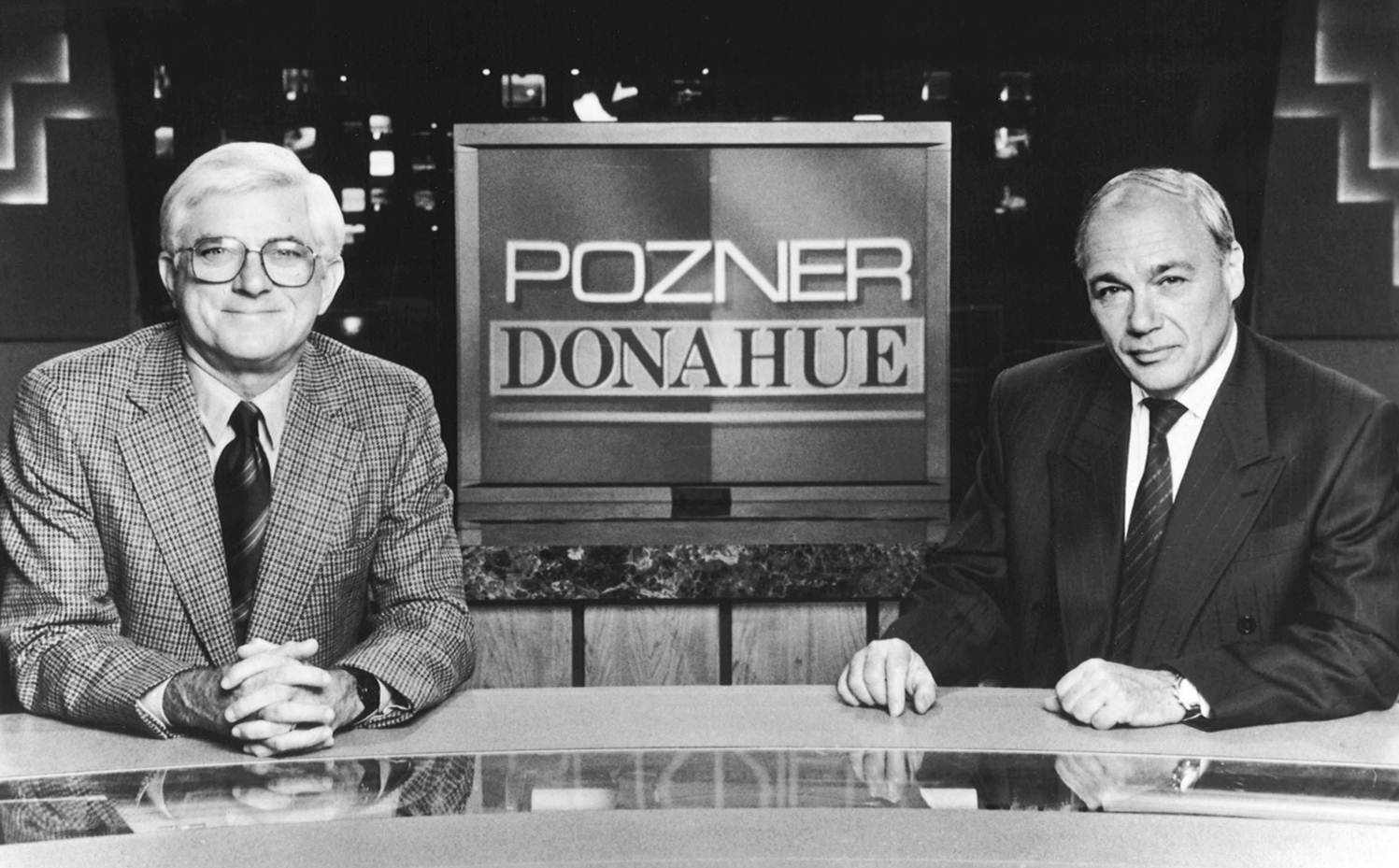 WHAT: Forum on US-Russia Relations with Vladimir Pozner and Phil Donahue

In the 1980s, Vladimir Pozner and Phil Donahue co-hosted a series of televised discussions between audiences in the Soviet Union and the US. These “spacebridge” programs were unprecedented in that they gave ordinary Russians and Americans a forum for connection at a time when there were few opportunities for direct interaction. Pozner and Donahue reunited after the fall of the Soviet Union to co-host the weekly issues-oriented roundtable Pozner/Donahue on CNBC from 1991 to 1994.

Eurasia Foundation is bringing Vladimir Pozner and Phil Donahue back together to discuss US-Russian cooperation. Even as US-Russia relations have frayed, Pozner and Donahue will reaffirm the value of citizen engagement. Drawing on their historic broadcasts, Pozner and Donahue will briefly discuss that extraordinary breakthrough and reflect on what lessons it might offer today. Following a conversation with Pozner and Donahue that Marvin Kalb will moderate, Ambassador John Beyrle, Anna Koshman and Hedrick Smith will join the discussion.

WHERE: The Embassy of Finland, 3301 Massachusetts Avenue, NW, Washington, DC. (Please note: the Embassy is not metro accessible.)